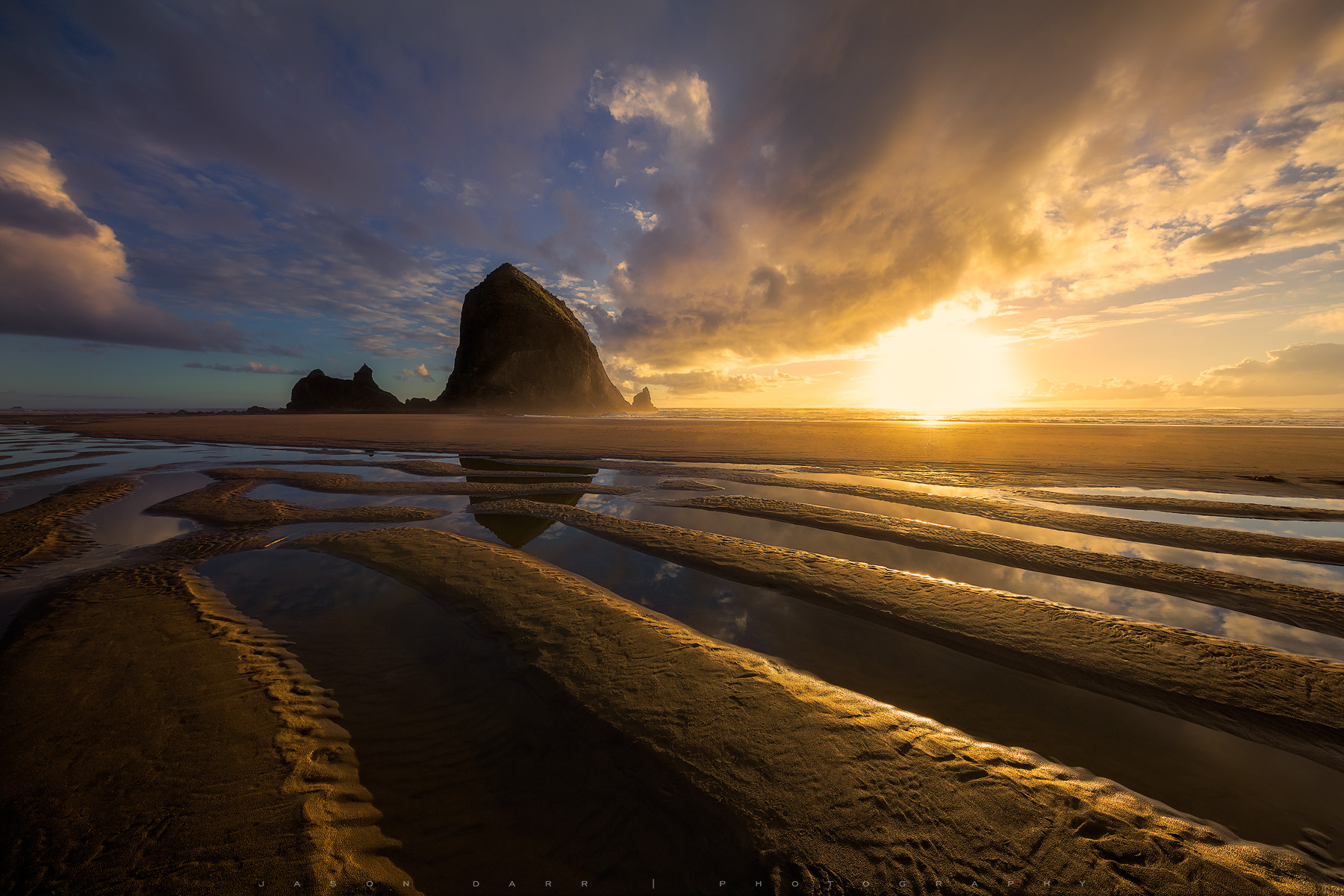 I arrived at Cannon Beach around 3pm and I could see the big Haystack Rock… but not much else. The tide was in, and really, aside from being a big tourist beach, it did not look like it had much to offer… But, I drove all that way so I figured I’d shoot the sunset. As usual, I arrived quite early to try and find a decent composition… But when I came back, the tide was out and the clouds were spectacular. As I moved in tighter to hHaystack Rock, I noticed these long leading tide pools which immediately drew my eye and really excited me.
I had to remove probably 50 people from my shot which was a total pain, but worth ever minute of work.

In the end this was 5 shots. 3 shots for the focus stack of the foreground, one shot for Haystack Rock (the light hit it quite nicely on one of the exposures) and one last shot for the clouds. They were changing very quickly and this particular shot had the best texture and placement.