Early Bird Gets The Worm 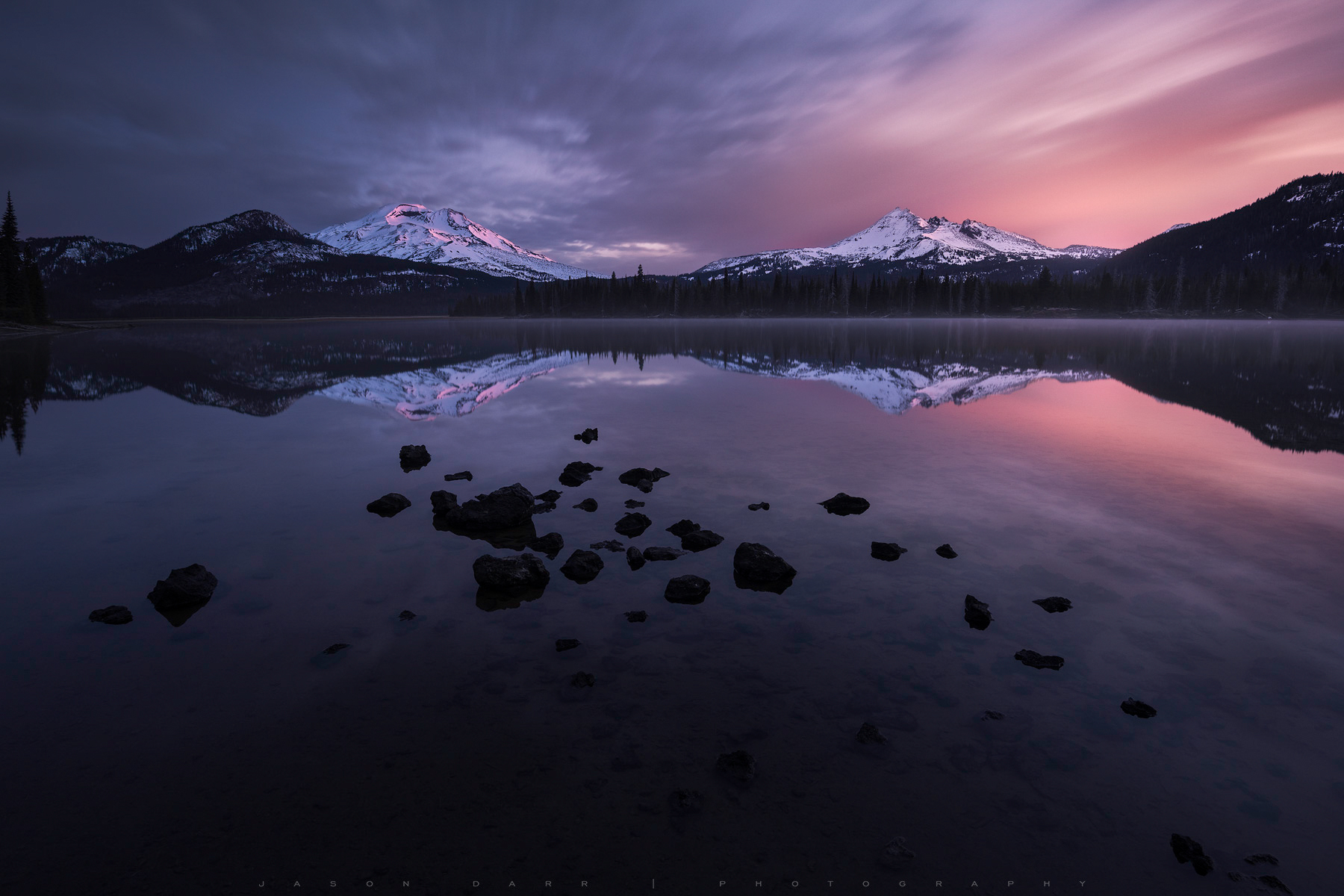 I like to be early… not because I like waking up early – That’s just not true… I hate f*&king mornings ;-). The fact is, I am slow at finding compositions at the best of times, but I am especially slow when I have never been to a location… and I panic if I haven’t found something by the time the light starts to go off. On top of that, far too often, I find that I prefer the light that happens BEFORE the sunrise happens. That was certainly the case with this shot. This was a long exposure (246 seconds) that pulled all of this light into the camera – I had no idea what I was seeing until the camera showed me what it captured. Imagine my delight when the first image popped up on the viewfinder.
The tragedy, is that for all the light that finally arrived on this magical morning, NONE of its glory reached these mountains like the twilight did in my long exposure shot. To my utter disappointment, the sunrise burned like you would not believe, but not anywhere near this part of the sky – I fired a few shots off in that direction, but without having the time to settle into a composition I liked, they are all pretty much garbage to me.
Special thanks to @steveschwindt  and @k.d.s.photography for the tips on finding and shooting this place!