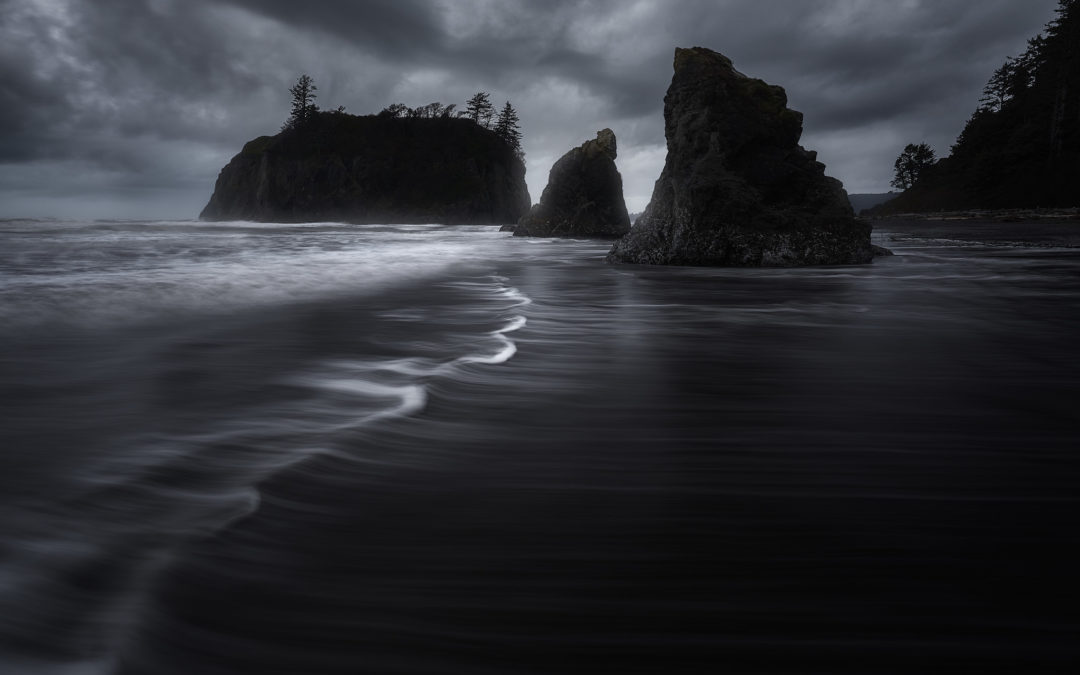 I was on my way to Vancouver WA to help a friend out with some portrait stuff last week and decided to make a little detour to hit up Ruby Beach on the way (Not really on the way, but I can’t bring myself to drive through Washington without hitting the Olympic National Park area). The roads are under some serious construction/closures at the moment which I did not realize until I was stuck there… But I managed to get to Ruby about an hour before the sun started to go down. The light was pretty dismal as it was raining most of the day, but the mood was quite awesome and it did not take much to get something really cool with that moodiness in mind. I am not much of a monochrome/black and white guy, so this is kind of a new direction for me, but I really loved how this turned out. It’s the first time I have shot with monochrome in mind from the get go, and there is definitely something to be said for that.