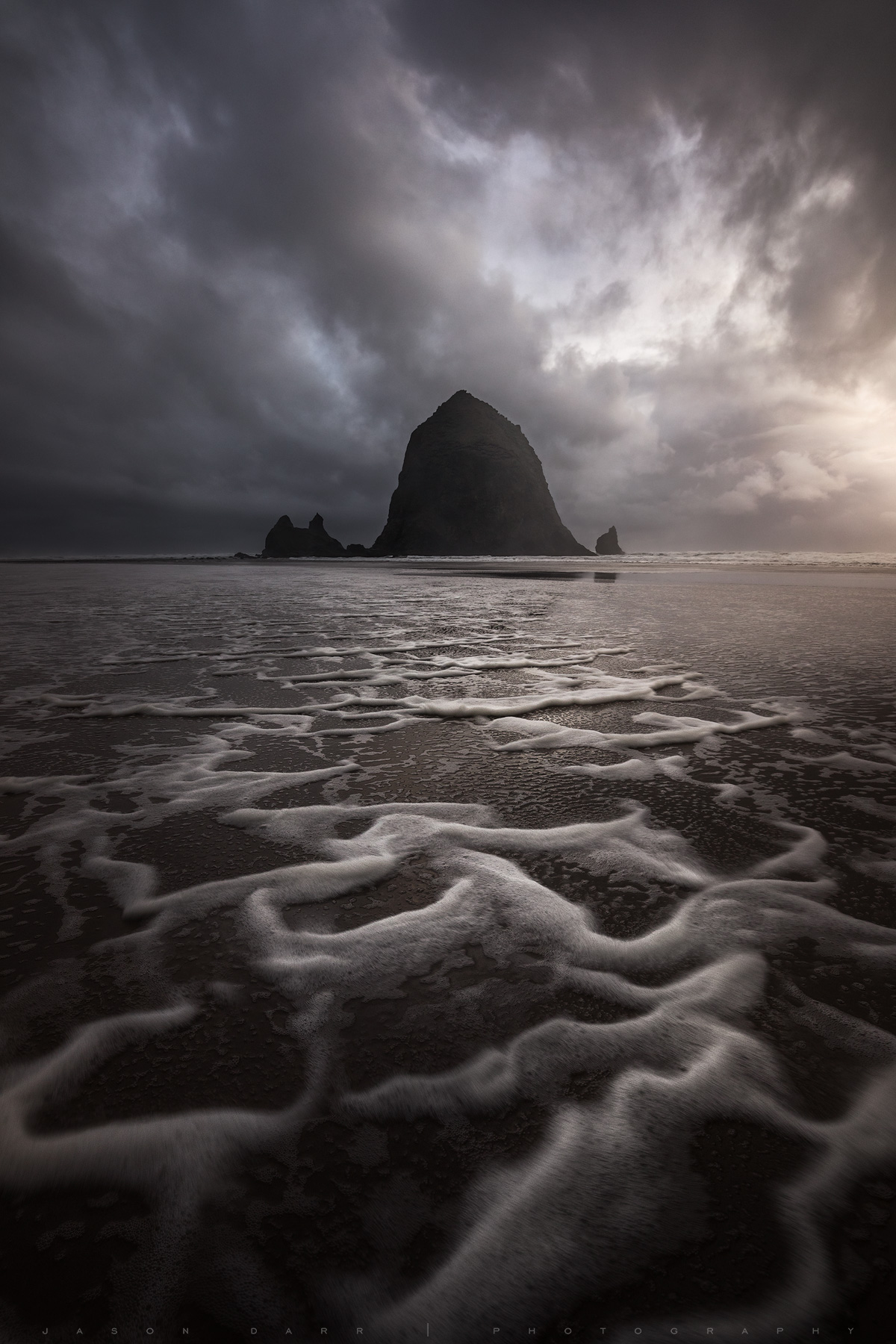 This was by far the craziest weather I have ever tried to shoot in. @tomhill_photography and I arrived at Cannon Beach right at the peak of a massive wind storm that was hitting the West coast. It was thrilling to feel the sand from the beach blast past your legs as we approached the water. Once at the water, the foam from the waves was blowing in at least 100 yards which is where I set up to compose my shots, using the ever changing foam as a foreground.! It was crazy. I was literally running from spot to spot where I thought the foam would blow to and by the time a fired a shot or two it had blown past me. The foam wasn’t the only thing being thrown around. I put on my polarizer and as soon as I took the filter out of the fabric jacket that holds it in the case, the wind grabbed the jacket and it was gone… and I mean gone. I turned around to chase it and it was already 30 yards away. This wind was nuts and we were not certain what was going to happen with the shooting opportunities.

What was certain was the amount of rain that came down was not nice for my camera. At one point, I lost the ability to control focus without firing a shot making the timing on the foreground shots quite challenging… So, I did what I could. I used my blower to keep the drops off my polarizer, fired as many shots as possible using the auto touch feature on my Mark IV screen which allowed me to achieve focus and simultaneously fire a shot… and I fired a lot!