One, To Rule Them All 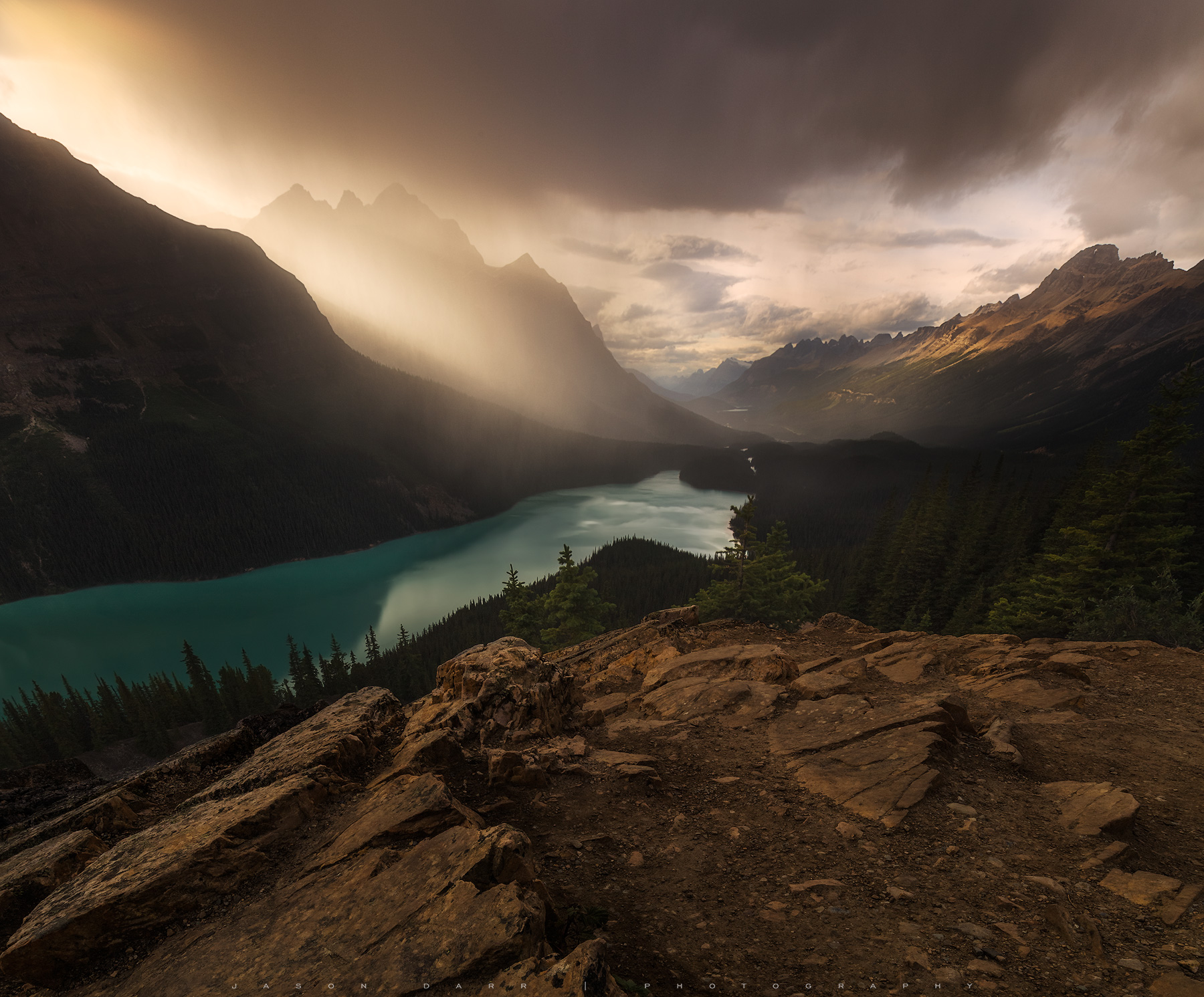 During my trip through the Rockies, I knew I was going to hit many of the spots that others already have photographed to death, so I went in to each location hoping to find something different. With each iconic location, I tried to find something that would set myself apart from the pack… And ultimately, I hoped this would helped me develop some personal style.
I don’t know if I accomplished this, or simply took weaker photos than the obvious compositions, but I feel pretty happy with this shot of Peyto Lake. I felt like this is a unique approach (with regard to foreground), and I was especially excited for the conditions that I was lucky enough to capture.

I perched myself in this exact spot for several hours before the sun went down and there were so many tourists I could not possibly count. The nice thing about a storm rolling in, is the tourists all scattered like cockroaches… which allowed me to get a nice clean foreground. This was actually shot vertically with 11mm, so there was considerably more foreground, but when I got back to the real world I could see that the overwhelming essence of the scene was the storm and decided to crop out most of the foreground. Serves me right for trying to hard to differentiate.

Once I started seeing this light peeking through those mountains I started firing shots as quickly as the camera could keep up. I did get pounded with some rain almost seconds after this all came to be, but it was more than worth it.