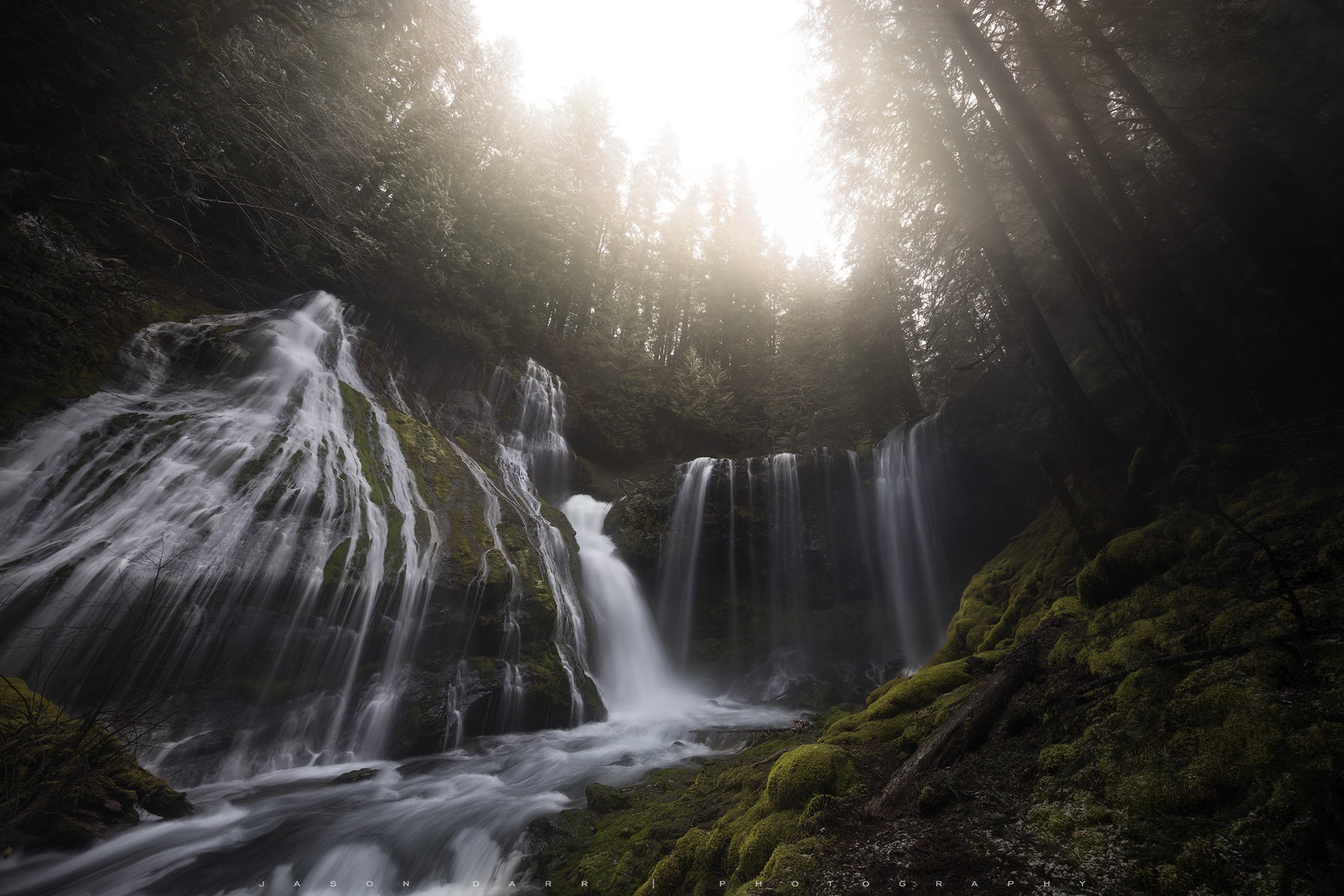 @tomhill_photography and I headed South to see what we could find. The weather looked pretty crappy in every direction so I convinced Tom that the Columbia River Gorge would offer the best possibilities regardless of the forecast.

We drove through the night (after stopping for a crazy storm at Cannon Beach) to go to Falls Creek Falls only to find the road completely snowed in… So, the closest alternative was Panther Creek Falls… and that road looked like a tornado ripped through it… debris everywhere. Fallen trees, branches, ice, snow, mud… A real war zone. But we managed to get within a couple kilometres of the trailhead and catch a couple hours of sleep. We awoke to some snow and headed to the falls with anticipation. When we descended past the lookout to get to the bottom of the falls (as many have before us) I was really surprised at how scary the climb down was. Tom did it like he was a mountain goat as per usual and I actually had to hand him my camera bag at one point… but to be fair he has a wing span of about 6 feet so climbing is easier for him… cun$face.
After finally getting down to the bottom of the falls our jaws were on the ground. After taking all the “standard” shots of Panther, I wanted to do something a little less traditional and went for higher ground, and pointed the camera up to include the sky. I was excited until realized that I still had to climb the fuc$ out again… So I made Tom carry my bag up and he did like a champ ;-).