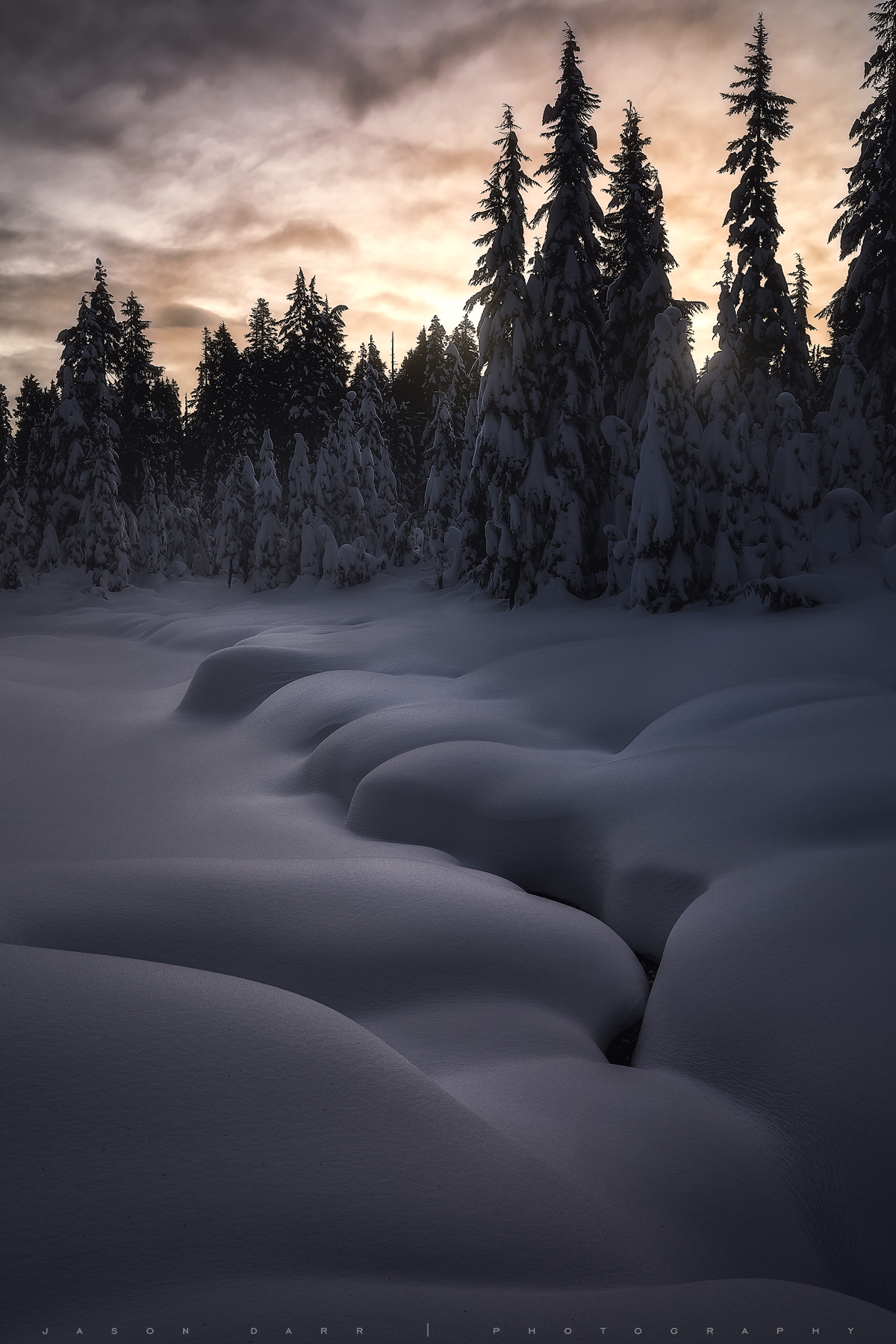 This is another shot from my snow day at Seymour Mountain last weekend. This is actually my favourite composition (and the first shot I took) of the day but as I was greedy, I tried to get closer for the shot and ended up ruining my foreground.
It’s strange how the first thing you see when scoping a site is often the best – but I get jittery and always move on in hopes of finding something better… but I learned the hard way that you can’t do that in the snowy scenes because of the footprints you create. I was devastated after I moved up for the next shot and ruined this scene before the light really hit, since the closer shot was not nearly as appealing to me – I was fortunate enough to find another comp that worked for the good light! (See yesterday’s post)

This is a blend of 3 for focus stacking. I probably didn’t need to focus stack as I was not too close to the foreground, but I have been obsessing with sharpness as of late and I find that focusing for each zone of the image has had pretty sweet results.