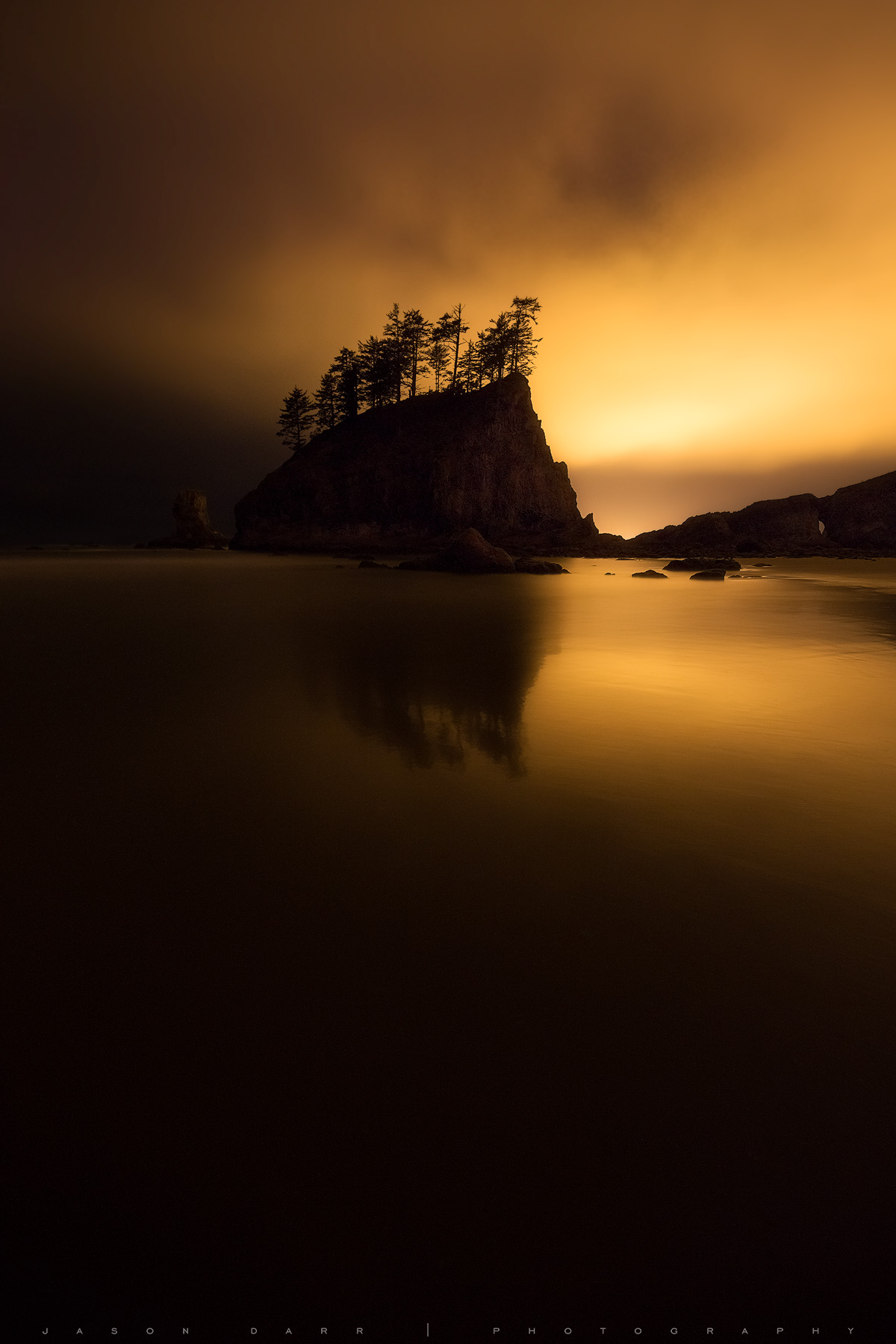 My wife and I decided to take a trip down to Oregon, and on the way home, we stopped to camp for a couple nights in Olympic National Park. We set up camp on Second Beach (which was awesome). Although the conditions were not great for shooting, as it was pretty grey out, we were still enjoying a roaring fire on the beach eating hot dogs and drinking tea…
The sun had gone down and we were hanging out playing some games. With my back to the ocean, she looked at me with a funny look and said “Well that looks pretty cool”… I turned around and what I saw made me run for my camera bag.

I literally had only a few minutes to capture this and since the exposures were long (it was pretty dark out) it left me very little room for error. By the time I was close enough with my tripod, with my exposure calculations figured out in my head (more like a guess), I fired a four minute shot… What appeared on the view finder absolutely thrilled me. I only wish I had more time to play with some other compositions, but I suppose I should be grateful I got this one!